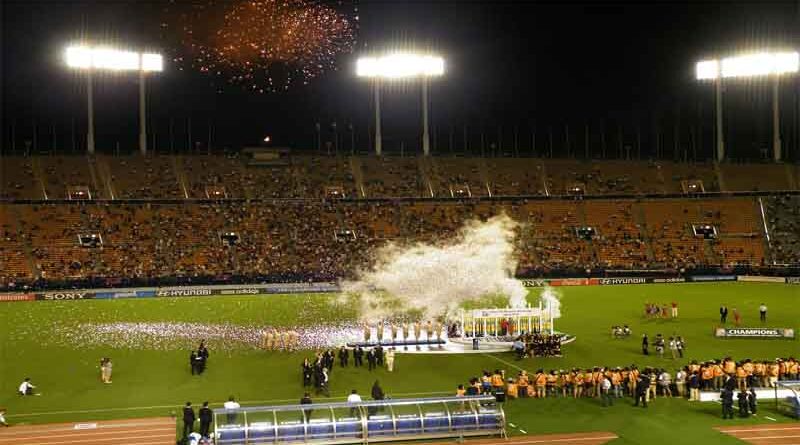 The starting price is 50 Dhs.

Whether you are an avid supporter of football or not, it’s likely that you have already begun making plans for where to watch the FIFA World Cup in Dubai.

When the FIFA World Cup 2022 arrives in Qatar this November, the city is expected to see an outbreak of football fever. You’ll be thrilled to learn that hospitality powerhouses McGettigan’s are occupying Dubai Media City Amphitheatre to deliver football fans an awesome open-air, giant fan zone if you’re already considering where to watch it in Dubai.


The announcement that McGettigan’s will take over the Amphitheatre at Dubai Media City and that tickets are currently on sale was originally announced on the company’s FanZone by McGettigan’s.

Fans in Dubai have access to a variety of packages starting at Dhs50 that promise much more than simply football. General admission tickets, which start at Dhs50, provide you access to the WinterFest zone and are fully redeemable on food and beverages inside the fan zone.

Footie fans can enter FanZone by McGettigan’s for a charge of Dhs50, which is fully redeemable on food and drinks. With your ticket, you’ll also get entrance to the Winterfest area.

On the Premium Deck, a raised platform near the back of the stand, there are two types of tables that can be reserved.

High Tables, which seat four people or fewer and last the entire game, start at Dhs 800 (totally redeemable on food and drink). Prices will be higher for “highly anticipated” games, knockout rounds, and championship games.


A picnic table can be reserved for up to six people for Dhs 1,200 (completely redeemable) per game, with rates once more rising as the tournament goes on.

For Dhs 5,400 with a home package or Dhs 7,800 with a premium package (presumably including sparkling wine), you may hire a box for 12 people.

Even if you’re not a fan of football, Fanzone by McGettigan’s will host events to welcome Winterfest, so there will be something for everyone. This snow-covered area will bring the magic of Christmas to life with a skating rink, a festive market, and Santa’s Grotto for the entire family to enjoy, promising to make the most lovely time of the year even more spectacular. Shop for Christmas presents while strolling the aisles, sipping hot cocoa or mulled wine, and indulging in your favorite holiday sweets.

Tickets start at Dhs50 at the Media City Amphitheatre (mcgettigans.com/fanzone).